You could be Learning them in One Minute!

These books are not the written history, but the actual kata and applications of the individual arts. I wasn’t interested in who said what, I was interested in how movements evolve and become other movements. 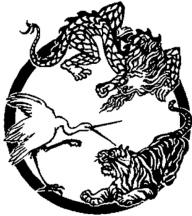 I wrote this book later in my research, but it comes first in this ‘encyclopedia.’

Pan Gai Noon was the Chinese Kung Fu from which Uechi Ryu evolved. It was very difficult to research these forms, but one will see the slant of technique and the logic behind them. These forms are extremely useful for chi development. Go to Evolution of an Art.

The Kang Duk Won came not from Funakoshi and the Japanese, but from a classmate of Funakoshi. This makes it a VERY pure example of Karate before it was altered for modern consumption. What most people don’t know is that Funakoshi did not choose Shotokan as his official lineage, but an art called Shotokai. Go to Evolution of an Art. 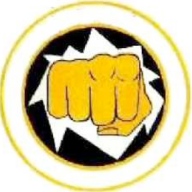 The Kang Duk Won was taught in pure form in the United States by Bob Babich. Bob is the only American to be able to do the ‘One Finger Trick.’ He could thrust his finger through a board and leave a hole. The forms he created as his personal art encourage the student to develop very precise power on a linear dimension. Go to Evolution of an Art.

Evolution of an Art

The preceding courses, Pan Gai Noon, Kang Duk Won, and Kwon Bup, are in one package, which will save you money. Go to Go to Evolution of an Art.

If you wish to purchase the books individually, without the videos, go to LearnKarateOnline.net.

You can also find them separately on Amazon/Kindle if you search for the name of the art + Al Case. (For instance, type in the Amazon search box… ‘Kang Duk Won Al Case’). Email me at aganzul@gmail.com if anything doesn’t come up.

Once I began teaching I realized that the system I had learned was top heavy, and that it was actually built of two systems, the Kang Duk Won, and Kwon Bup. I separated these systems and then recombined the more potent elements of them. This was the first time I advertised the ‘One Year Black Belt.’ While it is not matrixing, it is the forerunner of Matrixing, and it is incredibly powerful. Go to Outlaw Karate.

After I had discovered Matrixing, and before I officially released the Matrix Karate system (I had actually been working on it for years), I tried to reconfigure classical Karate into several different systems. This is one of them the only one I put to paper. It is a fascinating look at pure technique, putting together a martial arts system, how to select techniques and forms and such, and more. Because it was a newly created art I bundled it with the Create Your Own Art Course. It is offered separately on Amazon/Kindle. Type ‘Buddha Crane Karate’ into the Amazon search box. Email me at aganzul@gmail.com if it doesn’t come up.

At this point I released Matrix Karate. This was the first Matrixing course, and has definitive data on how to write a matrix, and the specific matrixes I wrote for the art of Karate. Go to Matrix Karate.

Six forms of the Kang Duk Won, after I had spent forty years doing it, and after it had been slightly altered by Matrixing.

A second art which I sometimes call Unsu Do. It is five forms I researched and combined as my personal Karate. it is heavy on one finger throws and intention throws.

In conclusion, this is a wealth of material. Not just forty or so years of my experience, but literally lifetimes of Karate, showing an Evolution of Art from the technical viewpoint, from the forms and applications, from beginning to future.

I am a writer, millions of words, but when it comes to Karate, the truth is learned by doing. This series of books and the Matrix Karate course will give you lifetimes of experience and a viewpoint of Karate that is quite expanded from that of any one else. Further, Matrixing itself makes Karate probably the most important art in the world today.