The Differences Between Men and Women in the Martial Arts

I trained with women, way back in the 60s and 70s in the martial arts. Generally, they were smaller, and you had to be careful not to break their bones.

Still, they learned well, and, except for the occasional ball kicker, were better mannered. 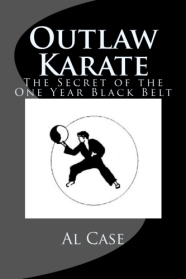 Now I see people like Rhonda Rousey, taking anybody and everybody to the mat and …snap!

And there are women teaching the martial arts all over the place. Some are good, some are bad. But that holds true for men.

There are differences, however.

The best way of describing these differences is through simple neutronic poetry: women are the nest and men are the spear.

And, this metaphor is so inadequate, yet, there is a truth within.

If you take a look at the yin yang expression of this: women internalize, men externalize. Which is like saying women cry and men yell. Yet, again, there is a truth within. Not for all, lots of anomalies and exceptions, but…the truth is still running deep within for most.

The most interesting thing for me, however, is the type of art sought by the genders.

Should men seek hard, arm bashing, skull knocking arts? Like Karate and kickboxing, and so on?

Should women seek force guiding, flowing arts? Like Tai Chi Chuan, Wing Chun, and so on?

It is an interesting question, and there are enough exceptions that this question will likely never be answered. (Though, in certain arts, it has been answered in the historical).

Thus, though women perhaps should stick to quick, agile arts that guide, and men should keep running their heads into tree trunks, this all being an analysis of body types, the mind, and the spirit, will not accept such categorizations.

It is a wonderful world we live in. Strange…but wonderful.

This has been an article on women in the martial arts.

About the author: Al Case has provided a massive study of the martial arts in the five volume set, ‘Matrixing Karate,’ which can be found, with his other martial arts books, on Amazon. His website is MonsterMartialArts.com.