I just uploade a paper on how to kill people with the martial arts to Academia. Academia is a website that deals in real information. It is not like Facebook or twitter or one of those social sites; it is not interested in quips and one liners, but in sharing real information and research that will better than human being.

So how can a human being become better by knowing how to kill people with the martial arts?

Can you take somebody and ‘rag doll’ them to death?

Not by kill people, but by knowing how, increases the human beings abilities an makes him larger and more capable.

Actual killing would send somebody to prison, let alone damaging their self worth. But not being able to kill somebody makes one a victim, slows them down and makes them thoughtful when survival is at hand. 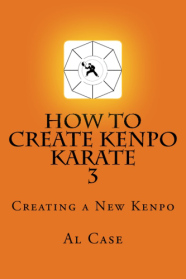 Fascinating book on how to align keno and make it more powerful.

Killing is an ability, and society breeds it out of us as quickly as it can. But this tends to make us easily controlled, and even frightened of the world behind us.

The safest communities, and the most polite, are those where guns can be carried and used with impunity.

Anyway, if you are interested in actual information regarding this subject, maybe breaking free of the political correctness that assails you (whether you like it or not), then check out my paper on how to kill people using such fighting disciplines as Karate, kung fu, and other martial arts. It’s at this link