During another conversation I asked Jamal, if he had to drive over somebody in self defense, what music would he have on the radio, and he said ‘Kung Fu Fighting.’

The other conversation was about the value of a kiai, and my question actually was born from the idea of a car doing a kiai.

Some years ago I was learning Indonesian weapons, and I found the best music, since I didn’t have any Indonesian twanging to go along with my studies, was Bob Marley.

For months I listened to his reggae, had the words fair memorized, and the moves I was practicing were slowly impinged upon my bones.

It was really delightful, and it really helped the learning experience.

At one point, I had a lot of Chinese music while I was learning Tai Chi Chuan. Really put me in the mood.

And I have always had music playing when I worked out. Sometimes, depending on what I was doing, I turned it up. Sometimes..off. All depended upon the frame of mind I was cultivating.

I know that other people like a little music with their martial arts, and I know that some want deathly silence.

Heck, when the UFC fighters stroll down to the octagon they always have some jangly, in your face music belting out. The better to stomp your opponent with, you know?

So that brings us to now…and the question: What kind of music do you like when you do martial arts?

Do you think it a distraction?

Does it make your practice better?

As light as this question is, considering that martial arts has so much to do with timing and inner sensibility and states of mind, it is actually a fairly hefty question.

So, what kind of music do you kung fu fight to, and when and why and all that other stuff.

This is a good question: what martial arts music do you prefer to work out to? Of course, it will depend somewhat on what art you study. And, of course, people vary so widely in their mentality that there are liable to be a hundred different answers, and all of them will be right. That said, let me step forward and offer a few thoughts on the matter. 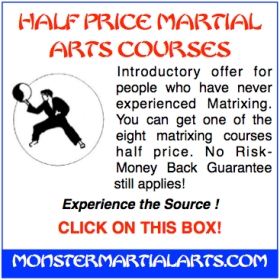 If I am doing something like Tai Chi Chuan, I like the old classical, soothing music. There are lots of Chinese music CDs out there, you can even download a few. But something soft and wafting, ethereal, moves you to another realm.

Well, heck, Tai Chi is a realm in itself, so why not.

But, that said, being an English speaker, I look looking at soft soulful sounds, usually of the feminine variety. Enya is good, Loreena McKennitt, in some of her softer compositions is brilliant, really transports you. And, if you are already transporting yourself through the art, goodby world, hello self.

Now , Karate music is something to think about. Most karate has a tendency to be fast and quick, and that would indicate rock and roll, but I, personally, don’t find that that works for me. But then, I prefer to do my Karate with a bit more flow. Show the arc of energy in the air. Put the self into the motion so hard there is only me. So, I again end up with something dreamy.

And, here is something for you to consider. There is a video game called Machinarium. It is brilliant, and part of the brilliance is the music, tin cans and grunts done to a lilting melody that…transports you. How odd. Yet, it works for me.

The composer for Machinarium is a fellow name of Dvorak. Check him out on youtube.

Anyway, I would say that a good Kung Fu music might might be soft rock, I think Beatles right off, but that would be individual taste, I am sure. Kenpo might fall into the same realm. Hey, Didn’t Carl Douglas do a tune called…Kung Fu Fighting?

Taekwondo, I don’t know about. The heavy use of feet might want the Hall of the Mountain King, for all I know. Anybody got ideas on that one, send me an email.

And, Aikido. Hmmm. You’re doing the art and in harmony with another person. Would an exterior harmony work? I think it would, but, get this, Bolera. Yes, you heard that one right. Try it before you knock it. Grin.