You Have to Create Your Own Martial Art…

or you don’t really know the martial arts.

A True Martial Art is an act of creation. A simple statement with far reaching effects.

Art is the break down and synthesis of the old into the new.

The funny thing is that most instructors frown on the act of creating anything new. The most popular method of teaching is to have the student copycat, exactly and without deviation, what the teacher says and does. But a fight is always new and original, and requires creativity to win. 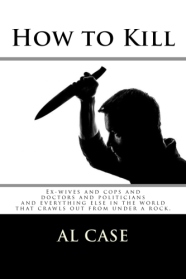 When are you going to fight back? When have you had enough? Maybe soon, if you read this frightening novel. 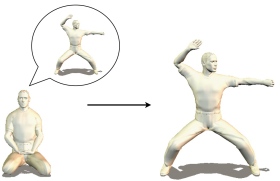 To be creative one has to break apart the current method of teaching one is engaged in. Thus, one method for being creative would be to simply take the moves of the forms and interchange them. Take a sequence from classical karate, say the first set of specific movements in pinan three, and then do the second specific set of movements from pinan four, then the third set of specific movements from pinan five…and so on.

The first thing you will learn is that these things don’t fit together. So, how can you make them fit together? How can you adjust the footwork, and the geometry of the arms, so that the movements fit together and even make sense?

Another thing you will find is the impulse to do different things. Simply, you are going to start to create. Your mind is going to start exploring channels that normally would have been closed to you.

As I said in the first paragraph, art is the fact of creation. Honestly, people should drill you to death, help you make every movement your own, instill art in you. But, even more honestly, if you don’t start taking the movements apart and reconfiguring them, all that drilling is going to be about as good as a death knell, so you’d best seriously consider this concept of Creating your own Martial Art.

You can find the Create Your Own Martial Art Course at MonsterMartialArts.com.