I encourage people to take my systems and share the wealth. They get to learn by teaching, and they even make a few bucks. This guy used my Matrix Aikido program and had great success. We are talking about a workable Aikido here, and it is extremely combat capable. Here’s the win.

“I conducted a Matrix Aikido training class for a Security Team at a local manufacturing plant. I tailored the training according to their Use Of Force policy. As you know they need control and takedown skills. The class went so smoothly. The participants learned very quickly. By the end of the class you could see techniques of Monkey Boxing coming through. They were also able to create their own techniques. There was one female officer in the class who asked to become my private student. She was throwing, locking and taking down guys twice her size. The Security Supervisor wants me to come back and with more participants! I’ll keep you posted.”

What’s interesting is that the system itself is presented in a seminar I did. You get to see hundreds of techniques in an hour an a half, and these techniques are created on the spot to fit a situation. Very creative.

You also get a book which tells you exactly how to reconstruct Aikido so it becomes lean and logical and quick to learn.

Check out Matrix Aikido at Monster Martial Arts. Get a free ebook on Matrixing on the home page. 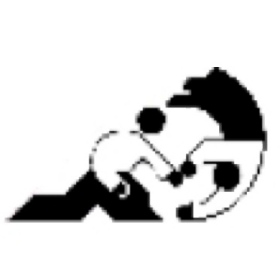 I am a terrific fan of O Sensei Aikido. The art is genius. And, there is a terrible wrongness in it.

This form of jujitsu was founded a thousand years ago by a fellow named Yoshimitsu. There are different versions concerning the birth of this art. One version holds that the samurai who survived great battles were asked what techniques worked for them, and the other version has Yoshimitsu dissecting cadavers to understand jointlocks and such.

While there is probably truth in both versions, the truth is obscured by history. One thing is sure, the art became very technique heavy. The list of recorded techniques is somewhere between 3200 and 3500, depending upon which branch of the school one is pursuing.

At any rate, the Aikido of Morihei Ueshiba is not the whole art of Daito Ryu. The founder of aikido selected only the techniques which were aiki in nature, which were based on harmonious flowing movements. Thus, one could argue that Aikido is half of a whole art.

To be sure, there were techniques that should be tossed out. After all, of what value is a technique developed for a specific type of body armor, or weapon, or situation from a thousand years ago. The necessity for these types of ancient techniques will never arise on a modern battlefield.

On the other hand, bread and butter techniques (atemi) which would end a fight with a strike are left out and barely mentioned. Thus, unless one is persistent enough to pursue Diato Ryu, or accumulate teachings in specific strike related arts, one will never have the whole teachings behind Aikido. Thus, because of the absence of techniques, and the slant given to the martial arts, Aikido is lacking certain fundamentals as a martial art.

I say these things not to offend, but to educate. If you are satisfied with O Sensei Aikido, so be it and more power to you. If you wish to explore further, and find the things that are not being taught in your Aikido Dojo, however, you will find the journey much richer.

If you wish to look further into making your Aikido a whole art, you should take a look at Matrix Aikido