Whenever I try to explain to people that there are 2 styles of Wing Chun, anyone that “knows” Wing Chun, tries to tell me that I am wrong, that there is no second style, only the variation being that of Moy Yat and Leung Ting.

The objection stems from the fact that most people do not know that soft-style exists.  There are no “training” videos sold of soft style,  and finding a video on YouTube is next to impossible. 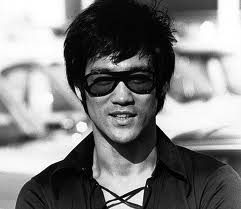 Was Bruce Lee great because he knew the soft side of Wing Chun Kung Fu?

Soft-style was only taught to a select few students, William Cheung learned both soft-style and hard-style. Bruce Lee, Leung Ting, Moy Yat and other famous Wing Chun Stylists either never learned soft-style, or chose never to teach it. Think of it like this, hard-style was taught to the outside world, and they guarded the REALLY good material and kept it only in the family. Because I do not know these individual people, I don’t know the reason their lineages don’t include soft-style, whether they wish to continue the secrecy, or whether they simply weren’t privy to it.

The Tan-sao is a perfect example, of the difference. Hard-style leans and drops it down so it is almost horizontal, soft-style maneuvers the body properly, and keeps the tan-sao up, the eyes just barely able to see over the fingertips.  Bruce Lee threw out the Tan-sao because he said it was worthless, and indeed if the tan-sao is held low, it doesn’t block anything.

When comparing forms, you will observe hard-style people simply lean from one side to the other when performing chum-kil, while soft-style will actually take a full step.

Both of the videos below include Bil-jee, if you watch those variations of that form, you will see many more differences.

Some of the key differences between hard and soft Wing Chun are as follows:

Hard-style Wing Chun is what Bruce Lee was unhappy with when he created JKD.  Even so, he and many others proved it was incredibly effective, even without knowing the “family secret”.