The Day the President Killed the United States has got to be the most thought provoking read ever printed.

After all, a president committing treason? 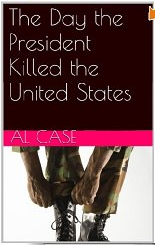 cllick on the cover and check out the book!

Yet, the real shocker is that everything I say in this novel is true. I cover the executive orders and how they have been designed to destroy the united states.

And the weapons of mass destruction I use…holy crap!

So if you want a good read, if you want an exciting read where the actual possibility of the united states being destroyed is explored…if you want to be more than an idiot who sits and watches TV and believes the hairheads that tell you not to look, everything is all right, don’t worry…then go to Amazon/kindle and check out The Day the President Killed the United States!