The Truth Behind Karate, Kung Fu and All Them Other Martial Arts

Funny, I was told once that geometry is useless, can’t be used for anything, dead art. Huh. I find it the most useful stuff in the world. Of course, I’m not talking about formulas and boring classes, I am just talking about…the square, the circle, and the triangle. 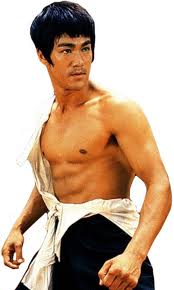 I didn’t get smart by not looking…so look at The Master Instructor Course!

Now, these three shapes make up everything in the universe. ‘Scuse me if I yell, but…EVERYTHING!

That house is a square with a triangle on top. Those tires are round. A planet is round. The pyramids are efficient tombs if you want to house your dead remains forever, and so on and so on.

From the smallest atom to the largest structure in the universe, everything can be described, and defined, by these three shapes.

So I was teaching a martial arts class the other night, and these guys weren’t using their stances properly, and they could be shoved and moved, and I finally got fed up and told them that the universe can be defined as nothing more than squares, circles and triangles. And I said that if you’re moving you are a circle, the joints don’t just go back and forth, they have a rhythm, and the joints and the bones and all those sorts of things can be drawn as circles, ellipses, or even toruses (donut shapes). Then I asked the $64,000 question. So what shape describes stopping?

The answer is…the triangle. And the next few minutes of the class consisted of me pushing on them in stance and telling them…’Be a triangle! Be a triangle!’

They got it, and suddenly their stances became immoveable. King Kong and Godzilla combined couldn’t have moved those guys off their stances. And, strong stance, strong connection to the earth…their power began to build. You could feel the steam and pop of INSTANT POWER in their stances and in their whole, durned martial arts.

Now, here is the tragedy…most people reading this bit of writing get it, but they just shuck it off. ‘Oh, we have that inmy art,’ but THEY DON’T.

Nobody ever told them exactly what I am saying here. The instructor might have nosed around it, but he never said, THE SECRET OF A STANCE IS A TRIANGLE! Make a triangle in your stance and you can’t be moved, and you will suddenly feel an immense power growing in your stance.

Well, I hope whoever is reading this will print it off, read it for a day or two, think about it, make it work, and then GET THE OTHER HUNDRED SECRETS that are the simple instructions on the Master instructor Course. It’s more than a hundred, actually, because once you read and do the Master Instructor course nearly every student is compelled to take apart his art and examine it and remake it with the correct physics. It’s more like ten thousand secrets, which is the oriental way of saying infinity, or infinite number of secrets.

Remember, if you want to master Karate or Kung Fu, or Aikido or Tai Chi Chuan or ANY other martial art in the world, you have to read and do the Master Instructor Course at MonsterMartialArts.com. 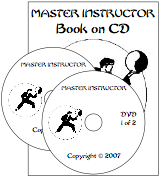 2 thoughts on “Karate, Kung Fu, and the Geometry of the Universe”