I have looked at this thing called Martial Arts Meditation for a bit. Looked at it in various disciplines and modes of thought, and I am always surprised by how little people understand about it. Mind you, there’s some brilliant people out there, got the whole thing figured out. But most people, they are, not to be rude, clueless. 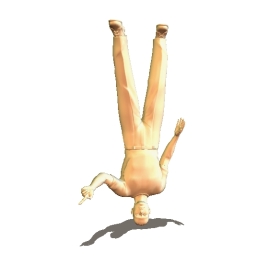 The worst offenders are those that think the martial arts are nothing but calisthenics and muscle building. They do their forms with weights, augment their training with kettlebells, and so on.
Mind you, nothing wrong with those artifices, but they have nothing to do with the deeper levels of the martial arts training.
I got into the meditation thing by exploring zen some forty years or so ago. I found it of worth for the peace of mind–it is very soothing to take a sitting position and just sit there. To not think. To just observe whatever comes up.
And, the value to the martial arts was in that when I struck a posture I would hold it, zen it, and this is what the old Chinese call Pile Stancing, or some such. Just take a posture and hold it.
I found that this made me much more aware, and really set me up for the explosion. The difficult thing was acquiring deeper levels of relaxation even as I became more able to explode. This is matter of pushing two extremes to cultivate the middle ground.
The problem with this type of method is that it doesn’t go anywhere.
I suppose a pure zenist might observe that the desire to go somewhere is leaving zen. They would be right. But Zen martial arts requires one to go somewhere, and to figure out how to take the zen with him.
So I went into yoga. Yoga gave me more postures, more positions to relax in, more positions to extend my awareness from, more positions to explore the potential not for just exploding, but for flow.
I had become aware of the potentials for flow many decades previous, as I explored Tai Chi Chuan, and this had gotten quite zenny. But, as I observed previous, there was a limit to this. Flow stopped, and required more zen.
So the final runway looks like this.
Karate to explode.
Zen to make the karate explosion more pure.
Tai Chi to flow.
Yoga to extend the flow of zen through all martial arts.
Mind you, there is a lot more to it, and a lot less.
More if you want martial arts.
Less if you want to go neutronic.
Anyway, how people figure this out is variable, as they all have different experiences, different ways of relating to what I’ve done here.
The main thing, however is to start. To break away from Martial Arts as simply a way to enhance the body vehicle, and to learn how to use them to explore and navigate the true potential of the mind and spirit.
If you want to learn more about Martial Arts meditation and where it leads to, try poking around Monster Martial Arts. If you learn the fighting discipline faster, you will get to the end of the road quicker.