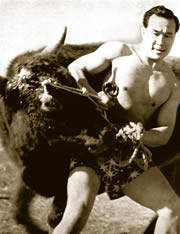 There is a very interesting thing called advanced martial arts.

Usually, people are saying that they have gone through a boot camp, or trained with some ‘legend,’ or that they have mastered ‘advanced forms,’ advanced katas, if you will, and there is the implication that they know more.

They know more because they have done longer. That is the truth.

The other and more unpleasant truth is in the forms.

Virtually all forms, except the first couple you learn, are advanced, and they are so advanced that nobody knows what they mean.

Oh, five or six years down the line some fellow has an inkling, he can make guesses as to what the moves he is doing mean, but he doesn’t really understand the forms.

These forms were built for a different kind of combat, life and death, sword and spear, that sort of thing. We don’t use those things much now, and we certainly don’t wear the armor or type of garb that goes with them, and thus we don’t really have a firm grasp on what the forms mean.

Karate, kung fu, shaolin, pa kua, whatever, except for a rare few people, people with intuitive understanding and intense training of the never say die kind, nobody really understands the forms.

But they teach them, and then they say…now you are an advanced black belt.

Memorizing a random dance doesn’t make somebody understand something. No matter how ‘advanced’ that dance is.

Matrixing explains the why. The correct why.

Not how, though that is in there, but why.

If you don’t understand why, and can’t put it to use no matter what technique you are learning, then you aren’t advanced. You are just struggling with the basics.

I know, I’ve offended somebody.

Get angry at me. But don’t remain in your ignorance.

If you know matrixing you can solve every riddle in any martial art ever made.

You can pick up a free ebook which will explain Matrixing at the top left of  Monster Martial Arts.