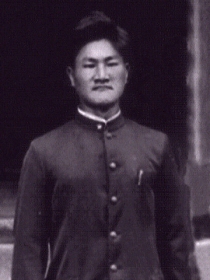 I’m just finishing a book by Clay Blair, entitled The Forgotten War, which is about the Korean War. It is an eye opener, and extremely interesting. It is of particular interest to martial artists.

The Korean War consisted of a charge by the North Korean People’s Army, which pushed the US almost off the peninsula. A push back by the United States to the Yalu river. And a push back to the 38th parallel by the Chinese Communist Forces which almost worked, but which was countered by the US, expanded by UN, forces.

The Chinese combat strategy consisted of three principles. Charge if the enemy flees, and retreat if they attack. If the enemy is doing nothing, probe for weakness.

This is a wonderful strategy…for single soldiers. For millions of men, it doesn’t work. This strategy doesn’t hold up to the complexities of modern warfare.

The communists, you see, in embracing this strategy, were willing to trade bodies for bullets. They would charge, hundreds of thousands of men, and trust that they had more bodies than the US had bullets. They didn’t.

While the communist strategy is a wonderful one for man on man combat, it falls all apart on a modern battlefield. When the NKPA, and later the CCF, charged down the Korean Peninsula, they did so with no thought for supply lines. They couldn’t feed their soldiers, rearm them, or even get the wounded out.

What I find most interesting, in light of these lacks, is to apply the strategy of Matrixing to the battlefield. Getting an overview of national geography, specific terrain, freezing winters, muddy springs, and boiling hot summers, it is fascinating to consider whether the Chinese Communist Forces could have won if they had been a little less exuberant and a little more thoughtful in their planning. What if the CCF had established methods of resupply, applied their millions of men in manners that didn’t waste them, had taken the time to think their way through the terrain and opposition?

I recommend this book, it’s a lot of fun, and a real thought provoker, if you have a mind for combat strategies, the martial arts, and that sort of thing. I especially recommend looking into the matrixing strategies of Matrix Martial Arts, and seeing if you could win, at least on paper, one of the great undecided wars of this last century. For myself, it offers a terrific method for exercising martial arts strategies on a grand level.