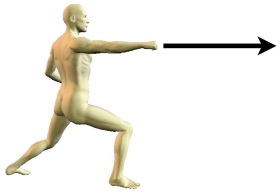 That Chinese Kenpo Karate is a mixed up art is obvious. Actually, not to hurt anybody’s feelings, it has been broken from the get go. One simple proof is that the founder himself, Edmund Parker, presented five different versions of the art during his lifetime.

Five variations, starting with a traditional karate based version, and progressing through a variety of made up kung fu systems. Yet, before you decide I am nothing but a detractor, all the martial arts are in Parker’s Kenpo. It is a massive system, a genius system, and the potential is available to the diligent and patient student.

Now, the problem is that most kung fu systems have been passed along for generations. They have had hundreds, even thousands, of years to become developed, polished and evolved. Chinese Kenpo, on the other hand, has not been benefitted by this process.

The first version, the traditional version which was karate based, was extremely workable. Parker ran into difficulties with Thunderbolt Chow, however, and ran out of material to teach. Thus, he hired a kung fu artist, Jimmy Wu, from the San Francisco area, to help him put together more material.

The next four versions of Chinese Kenpo, then, are they Parker? Or are they Wu? To be honest, they are probably a mix, but of what percentage?

And, one must realize that Parker, through his studies, and Wu, through his, did bring a certain amount of tried and true art to the overall curriculum. And, to be generous, one must realize that the times were potent with new styles. There were all sorts of systems of karate and kung fu becoming public, and Parker had front row through these times.

That brings us to the intent promised by the title of this article, how to fix Kenpo. The best way to fix Parker’s Chinese Kenpo Karate is to throw away the rankings, categorize the techniques by attack, and arrange them in order of difficulty. While this has been done somewhat, in doing it anew one will find all sorts of things that were left out, over emphasized, and so on.

The point is that all the martial arts are inside Parker’s system, but they need to be arranged in a more workable manner, and only by a more scientific analysis is one going to come to grips with the truth of Kenpo. When I tried this method I came up with a system I called Monkey Boxing. Though, if I wanted to, I could call the system Matrix Kenpo Karate.